The Goal Is To Work Less, Not Smart 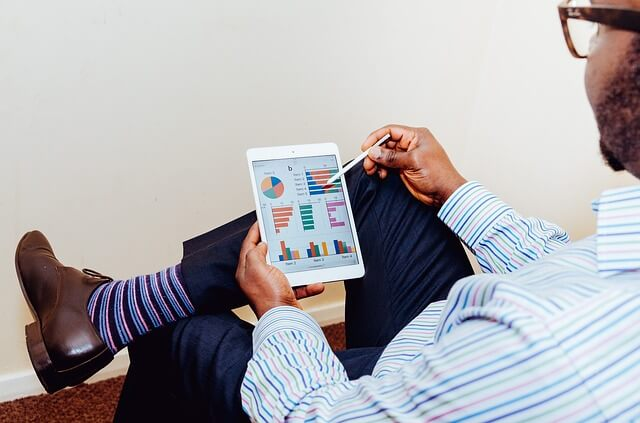 Sue and Joan were both having problems managing their time. That’s why they hired me. Sue owns a financial services company. Joan is a Sr. Vice President at a bank.

They’re both busy, putting in 50 to 60 hours per week, but don’t feel they’re as productive, efficient, or effective as they could be.

Their focus is wrong. Yes, they’re working hard. But instead of thinking about working smarter, their goal should be to work less while dramatically increasing their income.

How do you work less and make more money? Put the 80/20 rule to work for you.

80 percent of your results comes from 20 percent daily activity.

80 percent of your satisfaction and enjoyment comes from 20 percent of the people that you spend time with.

The 80/20 rule is telling us is that a rather small number of customers, activities, and people generate a huge percentage of our sales volume, profits, results, and satisfaction in business and in life.

So why are Sue, Joan, you and me spending so much of our time, effort, energy, resources and money doing things that have such a small payoff or reward?

We do everything by rote. We don’t ask/search for a better way.

Years ago, I called on an attorney about helping him to manage his time and get organized. His office looked like a tornado had gone through it. Every file he was working on, memo he had ever written, and note he had ever taken were on a huge – humongous – pile on the top of his desk.

In his drawers there was nothing. They were empty.

When I asked Alan why his office was in such disarray, while his desk and file drawers were empty, he explained that this was how he had been trained to practice law when he was in the Army.

He was told that everything should be visible – on the top of the desk.

“How long had it been since he left the Army and gone into private practice?” I inquired. He said it had been ten years.

When we started in business we were trained to do something a specific way, and have continued doing it in that manner ever since.

We never stopped – or slowed down long enough – to question the methodologies we were using.

Many salespeople follow the detailed instructions about how they should sell that are given to them by their bosses or sales managers, but don’t get the results they were told they should get.

Then the salesperson wonders what it is that he’s doing wrong.

The truth is it’s not them but the system that’s wrong. The training, the instructions, and the sales methodology is at fault.

(I often wonder if the sales manager has ever used the sales techniques that he’s asking his team to use. If he did, he would see that they don’t work.)

This is how we do things at the company. We’ve always done it this way. And we’re not about to make any changes.

But times have changed. Computers are faster. Software is more powerful. Business has moved to the Internet. We’ve moved from 56K dial-up connections to DSL, cable modems, and T-1 lines.

We’ve gone from Rolodex files and leather-bound daily planners to Palms, and cell phones from which you can read your e-mail and surf the Internet.

If you’re not putting technology to use, and thinking about, or analysing every aspect of how you run and manage your business, you’re going to be crushed by your competition.

In Sue and Joan’s case, they were simply wasting their time on people who weren’t going to do business with them.

Getting back to Sue, when she started her career she was told that to be successful in business she had to give free consultations to all of her ‘future’ customers. That meant sitting down with them and doing a complete and total ‘detailed’ analysis of their financial situation.

When she met with a prospective client she would review their life insurance policies, wills and trusts, real estate investments, stocks, bonds and mutual funds.

Sue would then give the prospect a detailed written analysis of their current situation with a list of recommendations as to how the ‘prospective’ client could save taxes and get better yields or returns on the their investments.

Each of these ‘free’ consultations would take about two hours of Sue’s time. Then she would return to her office and review and analyse all the information and materials she had gathered, write her list of recommendations, create a detailed report, and have another meeting with her prospect.

By the time she was finished, she had easily invested four, five or even six hours per prospect.

Unfortunately, when she had her second meeting with the prospect, only 10 percent – one in ten – did business with her. Meaning that 90 percent of her time had been wasted.

As we talked about how she had been running her business, she blurted out, “You just showed me how to save 500 hours a year!”

“I’m not going to be giving out any more free consultations. It’s been a terrible waste of my time. I’m giving away my knowledge, training, experience, and wisdom, but haven’t been compensated for it.

“What will you do instead?” I asked.

Sue continued, “I’m going to ask each prospect detailed questions about their financial and estate situation, and their personal and professional goals.

Questions about what they’re trying to accomplish, and try to learn from them how important it is to them to accomplish those goals.

“Then, if they’re interested, I’ll be happy to create a financial plan for them, but I’ll charge them for it. And if they want me to continue working with them, I’ll give them a credit for what they paid me and apply it toward any other fees I may earn.

“This way I can separate those who are sincerely interested, from those that aren’t. And by asking some great questions up front, I can screen out those that don’t have the financial net worth to work with me or those that don’t appreciate the value I have to offer them.”

Stop Taking People Out To Lunch

Here’s an example of how Joan, the banker, was wasting her time.

During one of our conversations, she told me that she had recently met with Fred, a 75 year old businessman, who had brought in a younger partner a few years earlier. Fred gave her the meeting because she asked for it.

During their meeting she became frustrated because he wasn’t up to date with the company’s banking needs or financial situation.

Fred suggested that Joan call Tom, the company’s accountant, who had access to all of the company’s financial information. When Joan called Tom, he informed her that they’ve been doing business with the same bank for many years and that it was unlikely that they would be making any changes.

Now, even though Joan had just been told that this company wasn’t going to be doing business with her, she thought Tom would be a good resource for future leads, because he was friendly and cordial, so she invited him out to lunch.

When she told me of her conversations, I asked her, “Why in the world would you want to take Tom to lunch?”

Joan said that she felt he could be a good person to get to know better because he does the accounting and tax work for a number of companies and that he could possibly refer business to her.

“But why would he want to refer business to you when he’s already told you that Fred’s company has a long-standing banking relationship and he’s told you that you’re wasting your time following up with them?” I asked.

Joan pondered that question for a few moments as I continued.

“Wouldn’t you think that Tom would refer the other banker to his clients because he’s been working with them for years? Furthermore, you want to be spending your time with people who are interested in doing business with you.

“People who would like you to handle all of their commercial banking needs, or people who know of the quality of your work and think that you can be of help to their friends, clients, or colleagues.

There was silence for a few moments, as Joan started typing into her computer. She brought up her calendar and found that she had 15 breakfast or luncheon meetings scheduled for the coming month with people who were just like Tom.

People who were happy to let her buy them a meal, but weren’t likely to do business with her.

“What should I do?” She asked.

“Cancel the meetings.” I said.

“But won’t their feelings be hurt?”

I continued. “They haven’t given you a second thought up until now, and after you buy them a meal, they aren’t going to be doing business with you. So don’t waste your time with them.

“Instead, you should use your free time to get on the phone and look for people who want help improving their cash flow, financing their inventories or accounts receivable. People who want a banker that can help solve their financial problems and increase their profits.”

And that’s what Joan did. She cancelled those 15 meetings and freed up about 30 hours of time that she used to look for new business.

By changing her focus she found several businesses that were very interested in doing business with her within the next three weeks.

Here are four things you can do to dramatically increase your business:

Give great service and attention to your best customers. The ones that generate the most profit.

Stop wasting your time calling on customers who take up a lot of your time, but don’t buy.

Ask great questions to determine and identify the prospect’s needs.

The better your questions, the sooner you will determine whether you’re working with someone who is going to do business with you or waste your time.

One great way to get bumped up to the decision maker is to ask questions that the person you’re meeting with can’t answer.

Now that you’ve freed up so much wasted time, you can get on the phone and look for more customers.

More Articles from our Mentor Jeffrey Mayer will be Posted next Month..

Jeffrey Mayer my Mentor helped business owners, corporate executives and sales professionals, set their priorities, get focused, and achieve their goals, so they can grow their business, get ahead in life, and live their dreams. This article is reprinted with permission from “Jeffrey Mayer’s Succeeding In Business Newsletter. Copyright© 2004, Jeffrey Mayer. All rights reserved. Updated versions of his Sales Tools can be found at: http://www.succeedinginbusiness.com/catalog.html