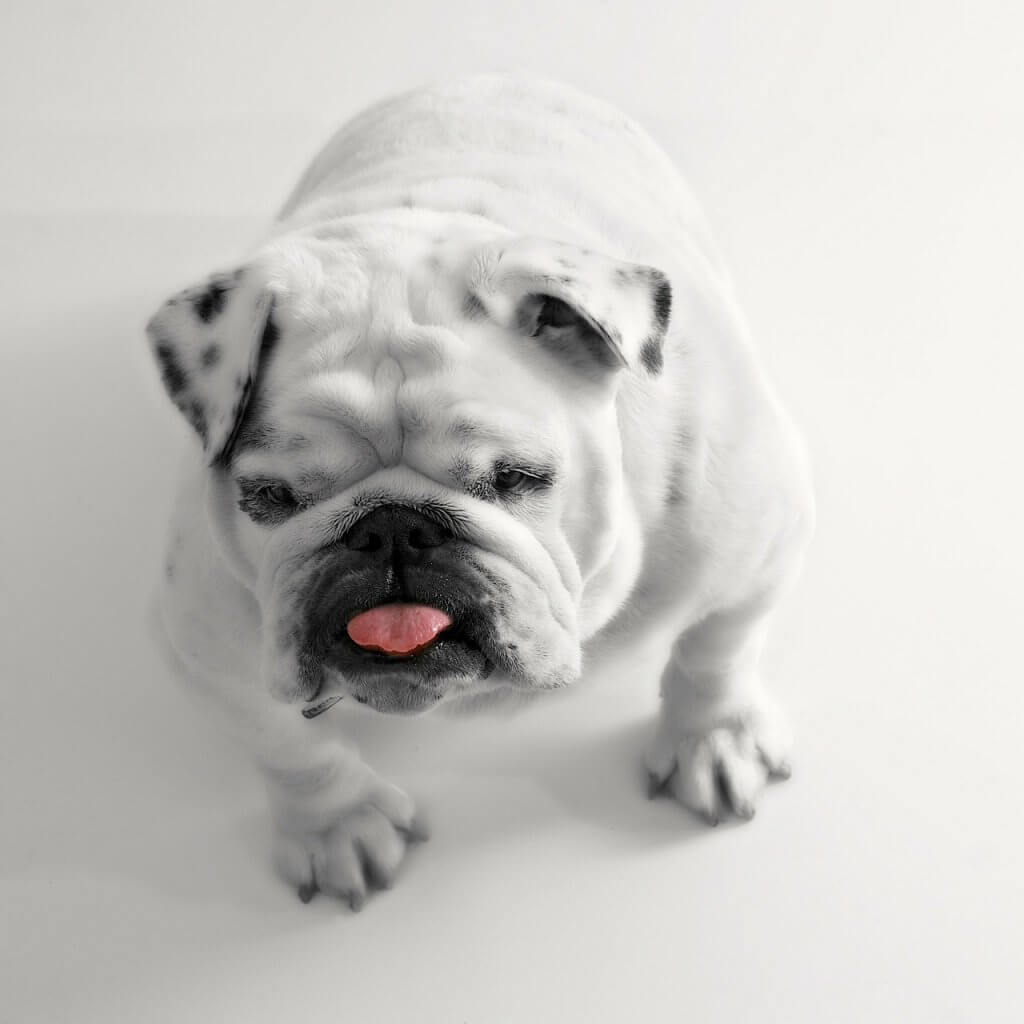 Tom has been selling for 13 years to businesses in the building and construction industry. His approach was to be a bulldog. To persist.  To NEVER take NO for an answer. He was going to call on them till they Buy Or They Die.

When he got a NO from a prospect. He came back fighting. He refused to accept it. During every sales call, he expected the prospect to say no. So he had a response for every objection.

Tom has been trained to expect the customer to say no at least three times during every meeting. Tom persisted until he got at least six or seven. And when the meeting ended, without his making a sale, Tom vowed to come back – again and again – until he got the order.

He took each ‘no’ to be a personal challenge.  Not to make the sale was an affront.

When Tom started in the business, someone told him that he would have to call on a prospect at least seven times before he would make the sale. That it would take him at least seven meetings to develop a rapport and a relationship with the customer so he would trust Tom and his company and want to do business with him.

Within Tom’s company, the sales manager told him to ATTACK his accounts. Be aggressive. Tom used his seven meetings to pound and beat on his customer until he wore him down, he eventually beat him into submission.  Yes, Tom did eventually get his sale. But there was something much more important that he didn’t get: A long-term customer.

The customer finally did business with Tom because he had surrendered. It was easier to give Tom an order than to continue to be bombarded by his frequent calls.  But Tom’s orders were for the minimum amount possible. And when Tom called about placing a reorder he was often told that they still had his product in inventory, but they would call him when it was gone. Those reorder calls never came.

Tom was forced to constantly look for new customers because there was no repeat business from his current customers. Tom’s ATTACK attitude had gotten him a one-time sale, but it hadn’t created the opportunity for building a long-term business relationship with his customers. Trust and friendship had not been established.

What does the word ATTACK mean to you? I looked it up in the dictionary. This is one of the definitions I found, “To set upon forcefully, violently, hostilely or aggressively.”

If you want to build a relationship with someone you want to become their friend and you want them to become your friend. You don’t attack your friends. You attack your enemies. Somehow Tom had gotten in his mind that the customer was the enemy. And he was going to attack them until he was victorious. He won the battle but lost the war. Tom’s attitude and perspective were wrong.

After 13 years in the building and construction industry, Tom had taken a new job because he had run out of customers to call on. He was starting over in the technology industry and asked me to coach him because he wanted a new approach to go with his fresh start.

Life Is Too Short

I believe that life is too short to be calling on people that don’t want to do business with you. Sales is much more than sitting down with a customer and showing her everything you’ve got in your catalog, then trying to overcome one objection after another until you’ve boxed her into a corner.  It’s too much work. It’s exhausting. Sales is more than going through a 60-90 minute PowerPoint presentation and boring your client to death. Yes, she’s polite. Yes, she nods at the right moment.

However, when the meeting ends she says, “That was very interesting and informative. Let me think about it, and I’ll call you if we want to go ahead.” When the sales rep calls a week or two later and asks, “What did you think? Do you want to buy something?” The  answer is, “We’re still thinking.” or “We’ve put it on  hold.” And the order is never placed.

To be successful in business you must do two things:

Stop showing your prospects and customers your catalogs. Stop cranking up your laptops and presenting your PowerPoint presentations. Stop telling your prospects all about you, your company, and how great you are. You’re wasting their time, and yours. Instead of talking about you. Give your customer the opportunity to talk about herself.

I believe it’s much more important for you to:

than for them to know what it is that you do. Why?  Because they don’t care about you. (Please don’t be offended.) Who  do they care about? Themselves! And  they only care about you if you can help them become more efficient, effective and/or more productive; increase sales,  reduce costs, improve profitability, solve a problem, or make their life easier.

How do you do this? By asking questions and being sincerely interested in the answers.

The One Percent Rule

When I started out in sales, I was told by my sales manager that everybody would be happy to do business with me and would be glad that I called on them.

Boy did I have a rude awakening when I got on the phone and tried to schedule meetings with people. Out  of these experiences came my One Percent Rule. The One Percent Rule states that only one in every hundred  prospects is going to buy from you.

Now that may seem terrifying to you, but think about it. When you know that only one percent is going to buy, then you shouldn’t be surprised or upset when someone isn’t interested.

The One Percent Rule gives you freedom because it encourages you to keep looking for new customers.  The problem that most salespeople have is that they don’t have enough prospects to call on. They keep going back to the same people over and over again.

They try to get appointments with people who won’t see them, and fill their databases up – and continue to call – people that they’ve made presentations to who didn’t buy. The one thing they don’t do is call on new people. People they’ve never called on – or spoken to- before.

This is where the One Percent Rule comes in. Because only one in a hundred prospects is going to buy, (In reality, it’s probably three to five percent.), you’re constantly looking for new people to call on. This keeps you bright, fresh and alert. You’re looking for people who will say YES. People who are in the market TODAY.

And when you get a NO. That’s okay. Just move on and look for a better prospect. You’ll find one before you realize it. The other day I got an e-mail from Dave, one of my coaching clients. He had hired me to help him learn how to let go of bad prospects, because he had been clinging to them.

This is what he had to say, “Last week I set a company record when I sold £27,631 in one week – I even beat the rep that had one deal for £17,000!  I set this because I asked good questions at the trade show – drilled down on what their problems were – showed them how we solve them and make them money, and then closed the deal.”

Tom’s been trying to change his old habits, which don’t die easily. He’s asking more questions, he’s listening more, he’s talking less, and he’s trying to identify his customer’s problems. People are warming up to him. He’s having more fun. He’s closing some sales and making some money. You’re wasting their time, and yours.

More  Articles from our Mentor Jeffrey Mayer will be shared next Month..Jeffrey Mayer my Mentor helped business owners, corporate executives and sales professionals, set their priorities, get focused, and achieve their goals, so they can grow their business, get ahead in life, and live their dreams. This article is reprinted with permission from “Jeffrey Mayer’s Succeeding In Business Newsletter. Copyright© 2004, Jeffrey Mayer. All rights reserved. Updated versions of his Sales Tools can be found at: http://www.succeedinginbusiness.com/catalog.html